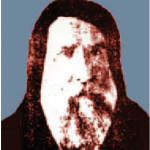 fter the passing of Rabbi Haim Pinto Hagadol, may his merit protect us, his son the tsaddik Rabbi Yehudah.

Pinto, known as Rabbi Hadan, may his merit protect us, followed in his father’s footsteps. Rabbi Hadan was known for his zeal in the performance of mitzvot, putting into practice the words of the Tanna: “Be as bold as a leopard, light as an eagle, swift as a deer, and strong as a lion to carry out the will of your Father in Heaven” (Pirkei Avoth 5:20).

Rabbi Hadan’s greatness in Torah and the wisdom of Kabbalah also made him famous. He diligently studied holy books from morning till night, and he was also a great tzaddik and chassid, a worker of numerous miracles. Many people addressed themselves to him for his blessing.

His wisdom and intelligence in all fields attracted the greatest leaders of the city and country to him. Foreign diplomatic representatives, ambassadors, lined up before his door to receive his advice and benefit from his understanding on various current issues.

Numerous letters were addressed to him from other countries through the various consulates located in the city of Mogador. With kindness and wisdom, Rabbi Hadan would offer his keen and practical advice to everyone who asked, be it on spiritual or material matters, without mentioning the prayers that he uttered on behalf of every Jew.

All His Money to Tzeddakah Rabbi Hadan also inherited from his father the attribute of chesed (loving kindness). This attribute was rooted in his blood, in his 248 limbs and 365 sinews. It is said that he would distribute all his money to the needy as tzeddakah. Rabbi Hadan was very careful not to go to sleep if even a single coin was still in his pocket. In that case, he would hurry to give it to the poor.

He would purchase tallit, tefillin, and food for a boy from a poor family when he reached the age of mitzvot, thereby enabling his family to celebrate his Bar Mitzvah in complete joy, not having to worry about a thing. A few years later, when this youngster had grown and reached the age to get married and establish a home, it was Rabbi Hadan who would occupy himself with the great mitzvah of Hachnasat Kallah. Sir Montefiore’s Visit

In the city of Mogador, finelymade carpets were stretched out from the port to the home of the tzaddik Rabbi Hadan, who lived in the Mellah (old Jewish quarters). In 5623 (1863 CE), Sir Moses Montefiore Zal made an extraordinary trip to Mogador to meet the governor of the city.

His objective was to defend the Jews of Mogador and prevent a pogrom by local residents. Pogroms had already taken place in the city of Safi, near Mogador. Sir Montefiore stayed at the home of Rabbi Hadan for several days. He received his blessing, as well as his advice and insights. Since the climate of the city suited him, he stayed there longer than expected.

All throughout his stay, Sir Montefiore gave money to the Jews of the city and concerned himself with the needs of the community and performing good deeds. The primary objective of his visit was crowned with success when he obtained a decree protecting the rights of the Jews of Morocco. Sir Montefiore’s visit encouraged other philanthropic organizations to initiate various programs to strengthen the Mellah. In particular, they organized aid programs for droughts and epidemics.